What tools are you using to better manage your QMS? 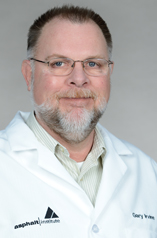 If a construction worker showed up on the job site with literally only a cup of coffee and he asked the boss, “Well, what’s the plan for today?” what would be his reaction? Common sense tells us the boss would expect not only the right tools but also the best tools to get the job done in the most efficient way possible.

The best tools that were available decades ago were very different than they are today. Let’s look at the example of the construction worker. If he showed up with tools that were used in the 1950s telling his boss, “I’m going old school”, that worker wouldn’t last long!  Why? The job would take much longer and be much less cost effective.

Let’s take a look at the lab manager that shows up on a Monday morning to manage their Quality Management System back in 1988 when the AASHTO Accreditation Program (AAP) was established. It was appropriate to document procedures with early versions of word processors and handwritten documents using folders that were located somewhere in the laboratory. The use of computers was in its infancy back in the day, so efficient use of electronic devices with reminders did not exist.

Methods over the years have evolved from hand written documents to more sophisticated ways as technology has advanced. With the number of accredited laboratories growing it has been increasingly important to have the right management tools and a standardized system in place.

What is your laboratory plan for the future?